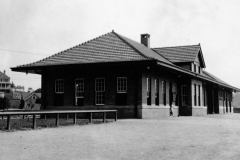 On the night of January 29, 2001 – 45 years to the day after the last passenger train departed – the station was severely damaged in a fire. Just weeks after the fire, a committee comprised of representatives from local groups met to discuss the restoration of the station. The committee went on to acquire the station, which was donated to the NRHS Roanoke Chapter by Norfolk Southern Corporation and raised approximately $2.3 million for the&nbsp;project. Restoration on the station commenced with a groundbreaking ceremony in 2012. 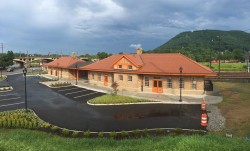 Now restored to its original 1909 appearance, the baggage and express building will house the office of the NRHS Roanoke Chapter and a museum dedicated to exhibits about the Virginian Railway and its employees. The larger passenger station building is available for rent which will provide a steady stream of income for the continued stewardship of both buildings and the site.